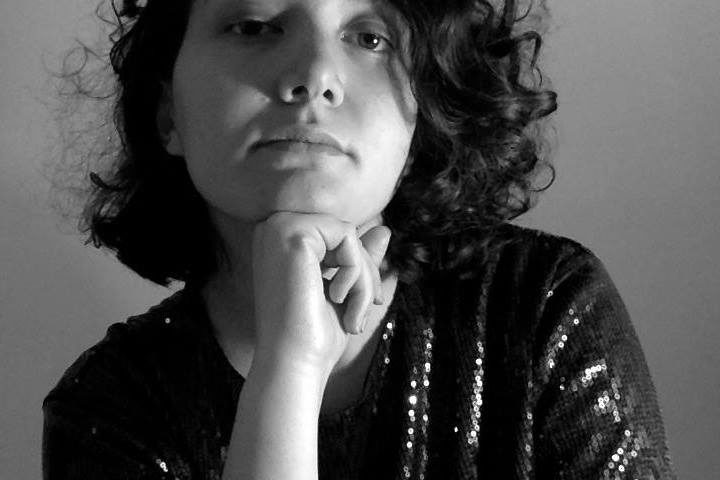 A composer and interpreter from Kosovo, Anda Kryeziu studied Piano at Bern University of the Arts and Luzern University of Arts. She completed her master’s degree in piano with Konstantin Lifschitz and composition with Dieter Ammann. Later she continued her composition studies in Basel with Caspar Johannes Walter, and at the University of Arts Berlin with Daniel Ott. She was 1st Prize laureat of the ind Balkan Composers Competition 2019, and the recipient of stipends from Contemporary Arts Alliance Berlin and Akademie Musiktheater Heute of the Deutsche Bank Stiftung. In 2011 she was a scholarship recipient of the Basler Orchestergesellschaft (Orchestra Society of Basel). As an interpreter, she has performed in many countries, including Kosovo, Germany, Portugal, Iceland, and France. The music of Kryeziu has been performed by diverse ensembles, such as KNM Berlin, Asamisimasa (Oslo), “Soyuz21” (Switzerland), Ensemble Phoenix Basel, and Oerknal (Holland), as well as at the following festivals; “Mostra Sonora”- Sueca- Spain; “Aufwind”- Vienna; “New Music Days- Lucerne (2015 & 2016); “DAM Festival” Prishtina; and, “Leicht über Linz”- Linz. Her genres of special interest are Instrumental Music with or without electronics, multimedia, music theater and sound installations. She is currently continuing her studies in Electroacoustic Composition in the class of Wolfgang Heiniger at Hfm Berlin.